The Safari Night club was a club within Des Moines that was the only place that new up and coming acts in the whole rock and punk scene can be found.People who have played there include Slipknot, Amen and At the Drive in.Originally the bar was a blues club named Baggs and then turned into a reggaee/african music club for a short while.When Tony (the owner at the time) was ready to sell the bar Shawn stepped in and bought the bar. That lasted for about a year until he had to put his full attention into Slipknot. He sublet the place to a guy named Jake for awhile until Hairy Mary’s bought the place. After Hairy Mary’s closed the place became a college hangout called ‘The Dublin’ for about ten years. Currently the building is home to “Lefty’s Live Music”. 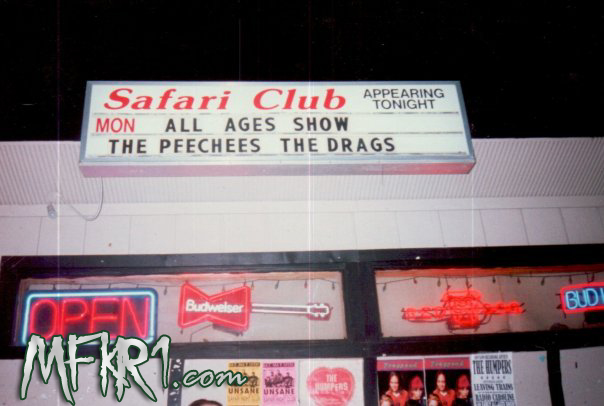 Here Slipknot played several shows and became well known within Des Moines. It is here which Battle of the Bands show took place. “The battle of bands was important because it really brought the full scope of the Des Moines scene into focus. Not only did it establish Slipknot as the band to see but it showcased the talent of Des Moines and help a lot of musicians to realise that they were not alone. Many contacts & friendships were started there.”

Paul Gray used to work at the door back in the day. 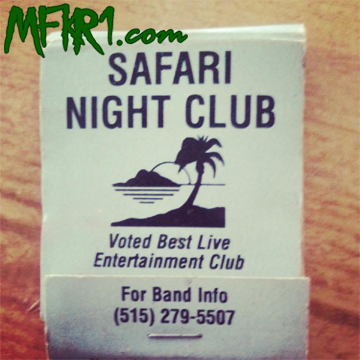 Anders – “Shawn didn’t share ownership of Safari – he owned the whole thing. He ran it for about a year, remodelled some of it (such as a bigger a stage and whatnot), and then the band became way too busy, so he sold it to a young guy named Jake. He ran it for about a year or so, then sold it to the guys who owned the ORIGINAL Hairy Mary’s (different location), as well as GT’s (small import bar), and Big Tomato Pizza. That’s about it. It’s your typical smelly, dirty, underground club that holds about 500 people sack-to-back. “