Patrick was born in Des Moines in the 1970’s and grew up with his mother and father. He hated school found solace in playing guitar and welding.

He first met Shawn at the Flop House, which was a place they hung out in high school. He met him again a couple of years later and became good friends. He describes himself as an honorary member of Shawn’s band “Heads On The Wall” which also included Kun Nong on guitar and a bass player named Doug McDonald.Once the band ended Shawn moved to an artist commune called “Studio 11” in downtown Des Moines, where they hung out playing music and drinking with another bass player and singer, and came up with songs such as “Skull Fuck Lobotomy”. Pat and Shawn met Andy and Paul at a place called the Runway, where Headz would play all ages shows. They then used to sneak Andy and Paul into Hairy Marys to see real music, and some point after that they got together in Pauls Basement and Pounded out some songs.

They named themselves Painface, and while in Pauls Basement they recorded songs called Slipknot, Idiot, What’s Wrong, Gently and Wise Up. Although they recorded songs Patrick never played any shows with them. He used a Fender Strar plugged into a TubeWorks 350 watt head and a 4-10 cabinet. He also had a Woodson PA head with 2: 4-12 tower cabinets that he thinks he used on the recordings. The only effects he used was an Ernie Ball wa-wa pedal.

The band disbanded as Paul was being kicked out of his house and they had nowhere to play. In July of 1995 Patrick left Des Moines for Dallas, in order to help his sister re-model her house, and he has been there ever since.
He is currently and artist, designing metal furniture and selling it across the country. He is carrying on with a concept he and Shawn came up with after the Painface Days.

Pat playing his acoustic guitar back in the day 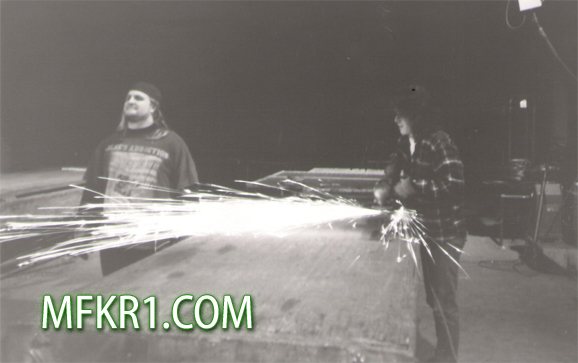 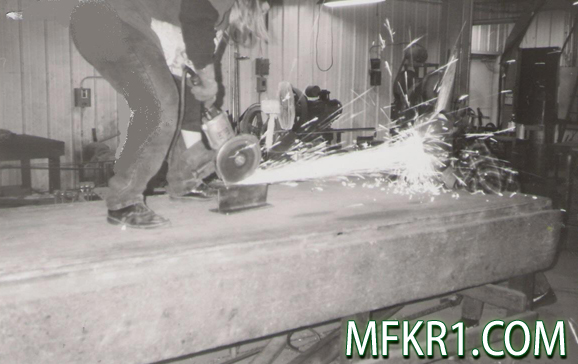 Shawn and Pat working back in the day