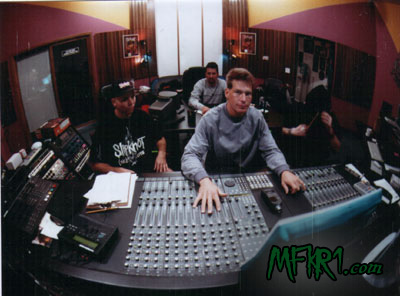 “During late ’95 I was contacted by former members of a band called Body Pit to check out their new band at their rehearsal space. I did. I was Floored! That band was Slipknot.

At the time, Slipknot had 3 drummers and a guy who wore a wolfskin loin cloth, singing songs about life as a Werewolf. They were so incredibly tight! I did not understand where they were coming from, lyrically, but I could plainly see they were extremely good at what they did: Pushing the Envelope of the Hardcore genre’. I produced Slipknot’s First CD, “Mate.Feed.Kill.Repeat.” That was followed By a second CD, which will never see the light of day.

We also recorded demos of 6 songs, including “Spit It Out”, their first single. “Spit It Out” is the only studio track appearing on their #1 Selling Music Video, “Welcome To Our Neighborhood”. Two other songs from that period, “Interloper” and “Me Inside” appear on the European release of Slipknot’s Roadrunner debut album.
Yes, much happened in between M.F.K.R and Slipknot’s Signing with Roadrunner. I spent about 2000 hours in 1996 – 1997 in the studio with Slipknot, and devoted my free time towards the advancement of the band’s career. Fortunately, I was able to get Slipknot into the hands of people who possessed the know-how and power to make the Slipknot happen.” 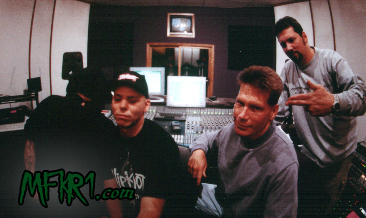 Once upon a time An aspiring young keyboardist auditioned for his first gig with a band. But a Marshall stack drowned out the sound of his piano, and this is how Sean McMahon ended up on the “other side of the board.” A series one-nighter’s with punk bands in Wisconsin led to a gig mixing an unsigned power-pop band called The Smash. They toured 35 states and Canada, before Sean bailed for college, where he received a BS in Recording Industry Management, with minors in Business Administration and Mass Communication, from Middle Tennessee State University.
Attending MTSU, provided Sean two fortunate breaks: an internship at Creative Workshop Recording Studios in Nashville and a live sound gig with A & R firm, Sound and Lights. At Creative Workshop, Sean assisted Brent Maher on The Judd’s Grammy award winning Heartland LP, and developed recording philosophy out of this experience. Seans A & R gigs included mixing monitors for Greg Almann, Steve Wariner, and the Violent Femmes, as well as, crew work for Autograph, Crowded House, Honeymoon Suite, and Webb Wilder. 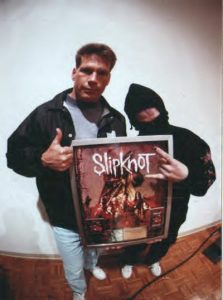 Upon graduation, Sean went to work for Al Jolson Jr. at Masterlink Studios in Nashville. Sean completed many publishing demos for MTM Records, and a CD or their group Body Politic. Sean also mixed Crystal Gayle’s 1987 Christmas Special.
In 1988, Sean made the move from Nashville and Masterlink to Smith/Lee Productions in St. Louis, Missouri. The St. Louis music scene blossomed during Seans term at Smith/Lee. He recorded the demos that landed Broken Toyz a deal with SBK and The Eyes to signing with Atlantic Records. Seans demo with Darkened Fate turned into their debut release on Headfirst Records. While at Smith/Lee, Sean co-produced an album with Anacrusis for Metal Blade, and also worked with the Canadian rock group Glass Tiger.
Heeding the suggestion of Anacrusis manager, Sean relocated to the San Francisco Bay Area. Within two weeks, he was working on Michael Boltons Time, Love, and Tenderness LP as an Assistant Engineer. Sean worked as an independent engineer at over a dozen local studios time in the Bay Area. Notable projects included Elivin Bishop and Little Charlie and the Nightcats, both signed to Alligator Records. Sean also did sessions with Digital Underground, for Tommy Boy Records. 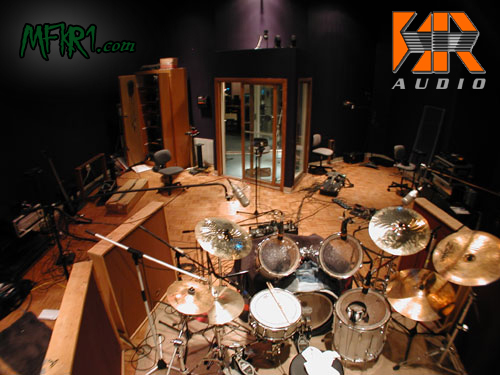 SR Audio – The birthplace of Mate.Feed.Kill.Repeat

After a few months on-staff at SR Audio, I was Booked solid 6-7 days a week, 3 months in advance. I learned the importance scheduling for peak performance, and to anticipate the domino effect. 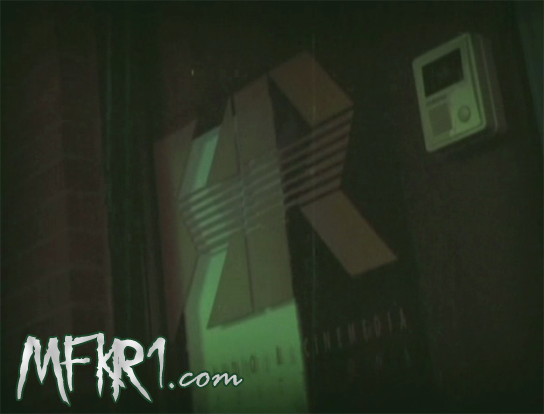 S R Audio & Cinemedia Productions LLC
2771 104th St, Urbandale, IA 50322
515-278-6336
I produced a band called Salt Of Society on a CD called Little Wire Man. It ended up in the hands of a Senior VP at Virgin Records, who offered to sign the band if they could deliver a single. Unfortunately, it never got recorded.
In 1995 I put together a compilation CD, called The United Noise Federation. Inbred, one of five bands appearing on the CD caught the ear of an A & R person at Atlantic. 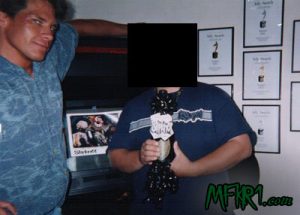 In the summer of 1998 I went out to San Francisco and worked with my old buddies from Fifty Lashes, with their new band called Flush. Their song”Shooting Whores and Fucking Heroin” aptly describes life in their neighborhood, San Francisco’s Mission District.
My life in the music industry has been an interesting and wild ride! I left SR Audio in the fall of 98 for a brief misadventure recording music for a Southern Gospel Music. Perhaps I was doing it as a form of penance. Countless hours spent in small, padded, soundproof rooms, recording violently aggressive music with intensely hardcore people has not been without effect. As Nietzche said, “What does not kill us makes us stronger”.
Now I’m available as an Independent Producer and Engineer. 35″ Mudder, Alter Ego, Defyance, Mirkwood and Tripwire have recorded projects with me over the past 7 months at SR Audio in Des Moines, Iowa. 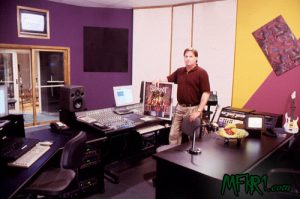 Slipknot & SR Audio
In December of 95, Slipknot began recording material at SR Audio, a studio in the band’s hometown. Without a recording budget, the band were forced to self-finance the project, the costs of which came to an estimated $40,000. In February 1996, guitarist Donnie Steele decided to leave Slipknot . When questioned in 1999 about Steele’s departure, Jordison explained: “we were prepared to keep him on, but he didn’t want to stay.” During the mixing stages of their project at SR Audio, Craig Jones was recruited as Steele’s replacement on guitar. However, throughout their time in the studio, the band were adding samples to their recordings but could not produce these sounds live. Subsequently, Jones became the band’s sampler and Mick Thomson was brought in as the replacement guitarist. After a complicated time with mixing and mastering, the band self-released Mate. Feed. Kill. Repeat. on Halloween, October 31, 1996.

“ I’ve always (recorded) at the same studio. SR Audio, here in Des Moines, IA. It’s a phenomenal studio. The “Spit It Out” track from our first Slipknot record was done there. The (Marilyn) Manson (The Fight Song) remix and the “New Abuse Mix” of “My Plague” was tracked there…we do a lot of Slipknot work there. I know the studio inside and out.” – Joey Jordison of Slipknot – Interview for RoadRunner Records, May 2002

Thanks again for the fantastic work your studio did on the track ‘Spit It Out’ from Slipknot’s debut Roadrunner Records release. I look forward to continuing the working relationship between Roadrunner Records and SR Audio. If you or your staff produce any promising bands in the future, please do not hesitate to contact me. I am always looking for the next breakthrough artist. ” – Monte Conner, Senior Vice President, A&R – Roadrunner Records

“ We couldn’t have done it without SR Audio, where we got our start… ” – Slipknot