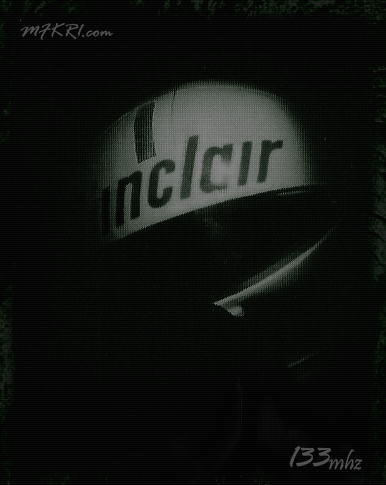 Name: Craig Jones
Nickname: 133Mhz – he gave himself this nickname because at the time 133mhz was the fastest computer at the time.
Born: Des Moines, IOWA – February 11th 1972
Instrument: Sampler/keyboards (Joined slipknot as Guitarist)
Mask: His mask initially when he joined as guitarist was pantyhose over the head and he wore a SPAM t-shirt to every gig,then when he was switched to sampling he changed it to a spaceman helmet with a Sinclair bumper sticker and later he added an oxygen/chemical aviation respirator mask to it. Eventually He painted it black, put nails through it and attached a strobelight to the top (strobelight was removed after Ozzfest 1999). This mask represents pain. Craig is known to have worn a white hairless clown mask on stage back in the Safari Club days for at least one gig, a gig which he played guitar on the ending track ‘Killers are Quiet’. Apparently he also used a wolf mask while in the studio though it was most likely just to hide his face for that one photo.

Back in the MFKR days, 133MHz used to open Slipknot shows with all sorts of weird and crazy sampled intros ranging from bits from ‘The Grinch’, to ‘Sesame Street’ to Dixieland jazz.

Craig didn’t record MFKR, although his pic is in the inside sleeve of the album. The samples were put together by Anders and producer Sean Mcmahon after MFKR was recorded. Not many people know this but Craig actually joined the band as a guitarist to take over Donnie Steele’s position. Slipknot then decided to bring in Mick Thomson from Bodypit so Craig could work on his samples and keyboarding.His sampling was integrated into the mfkr songs for example the song Gently started off with a sample from the movie “Falling down” featuring the conversation between “d-fens” and the army surplus Nazi. Craig’s main hobbies include computers and more computers – he also used to run the slipknot1 website in the early years.
“Very quiet, the epitome of Killers Are Quiet. I remember him going with me and some others to the 1988 And Justice for All – Metallica/The Cult concert. My car’s radiator blew on the way home.” – Anders Colsefni