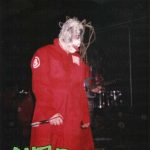 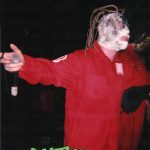 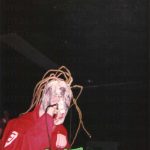 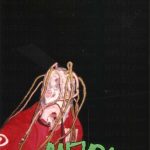 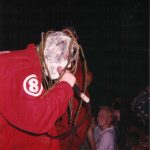 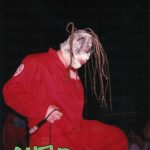 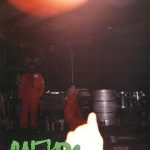 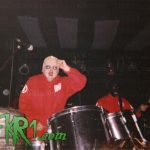 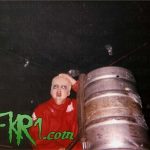 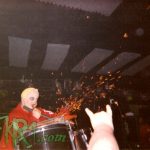 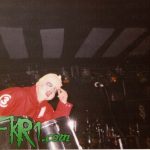 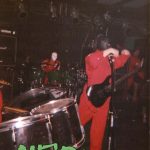 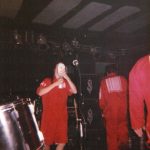 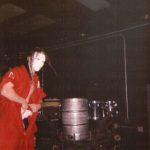 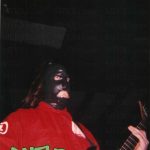 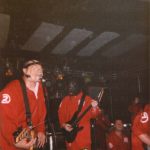 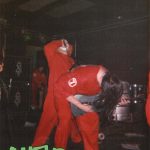 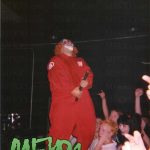 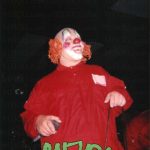 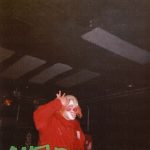 Special thanks to Brandon!

Slipknot at The Safari, Des Moines IA 6/27/98 – Concert Review
This show was something that I had really been looking forward to. I hadn’t seen Slipknot play since Feb., at the State of Independents show. Every other time I had a chance to see them, something always came up.

We left Omaha at about 1:00 P.M. and got to Des Moines at about 3:00. We went to the club to talk to the guys. Shawn came out and told us that no one could come in right now, and for us to find something to do until about 4:00, then we could go in. We went to Village Inn and chilled until about 4:15. We got back to the club and stood outside in the heat for a while before Greg came out and said hi. Then he went back in. After a while, more people started showing up. It was getting too hot, so we moved to the shade. Then Greg came out and talked to us for a while. Finally, they opened the doors.

We went in, and it was hotter inside than it was outside. We decided to go back outside, but were stopped at the door and told that we’d have to pay to get back in. That was so fucked up. It was like an oven inside. The floor was sweating from the heat and humidity. Corey came over and talked to us for a while. Now the first band came on.

All I can say about this first band, Clever, is that they suck. I’ve known this for a while because they are a band from here in Omaha. The only cool thing that they’ve done is get Slipknot a show at the Ranch Bowl coming up this month. They seemed to play forever.

Now the second band came on. I did not like these guys. They weren’t my style. Plus they only played something like 2 songs. I was glad when they were done.

Now it was finally time for Slipknot. It was cool how they came out. Some through the back of the club, walking through the floor to get to the stage. And the rest came out through the backstage area. I don’t really care for their new outfits. I liked the blue coveralls better than the new red ones. They opened with two songs that I’d never heard before. They kicked ass. Then they played Slipknot. It was crazy. Next was Gently, which is one of my favorites. I can’t remember the rest, I know they did “Wait and Bleed” another of my favorites, another that I don’t know the name of, and of course “Spit It Out”. They kicked ass. The newest member, Sid, is awesome. I didn’t know what to think when I was told that they’d have a DJ in the group. I was scared that he would do nothing but scratching. But I was wrong. The way they have him spinning sounds great. After they did Spit It Out, they left the stage. We thought that the show was done, so we left. I found out the next day that after we left, they came back on and played three more songs.

All in all it was a decent show. If it wasn’t for the heat, it would have been better.
Rating: (Out of 10) 9
The only reason it’s not getting a 10 is because of the hell that we had to go through.