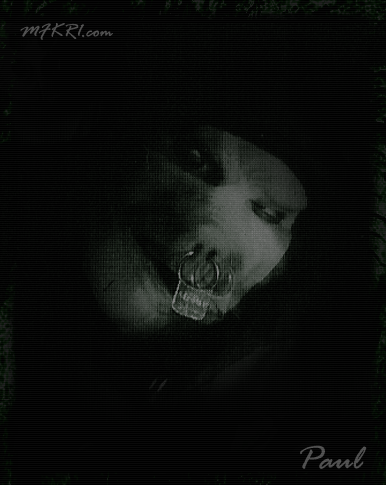 Name: Paul Dedrick Gray
Nickname: The Pol, Ballz
Born: April 8th – died on May 24th 2010
Instrument: Bass
Mask: His mask is pig face mask made by Gerard Enterprises and modified by a friend of the band. He had leather straps put on it and a lock in the nose (a merit cigarette keychain). It represents his indulgent personality.

“One of my best friends. He’s the one person in that band who deserves success the most. Kind-hearted guy, but vicious when pushed. Although his work on the self-titled album was great, his true skills can only be heard on Mate. Feed. Kill. Repeat. where he experimented and played some funky riffs.” – Anders Colsefni