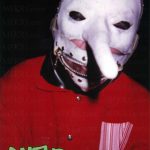 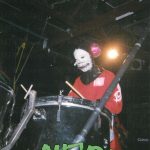 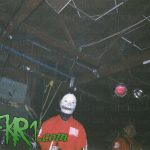 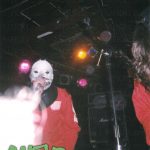 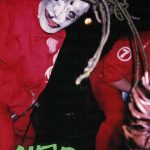 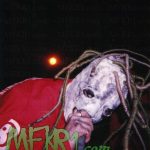 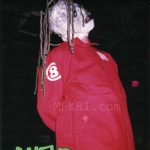 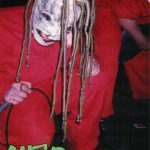 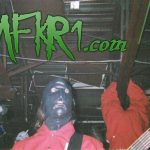 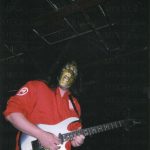 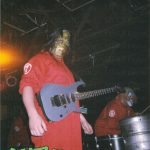 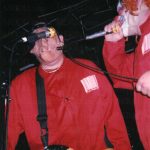 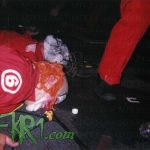 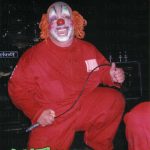 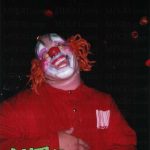 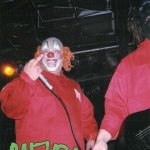 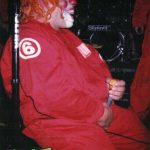 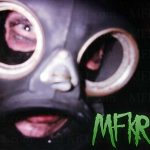 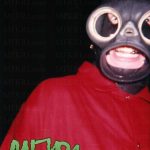 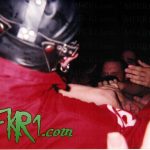 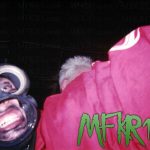 Special thanks to Brandon!

Slipknot at The Ranch Bowl Omaha, NE (8/15/98) – Concert Review
Finally!!!! This is a show that I have been waiting a very long time for. Everytime Slipknot’s supposed to play at the Ranch Bowl, something happens and they cancel. First time, the prick that books shows at the Ranch Bowl cancelled them because he’s got his head stuck so far up Jimmie’s Chicken Shack’s ass, that he knows what they have for dinner. The next time they had to cancel was because they lost a member. But finally, the dream came true.

I arrived at the Bowl with some friends at about 6:30. When we got there, we saw quite a few of the Des Moines crowd sitting out front. We decided to go in and play some games, but before I could put my first quarter in, Shawn had snagged us and taken us back to the dressing room. We chilled for a few minutes and then Brandon came in. I was always used to Brandon being a roadie, but he took over for Greg (the lost member) on percussion. Then Joey and Paul came in. Joey had some business to take care of, so we just went to the game room. We saw Corey just wandering around for a while, then we called him over. We chilled then went back outside.
Outside, more of our crew started to arrive. We stood outside talking, and waiting. Then band #1 took the stage.

If there is anyone in Deseo, or any of their friends reading this, this next section is for you. If you don’t like it, find me at a show at the Ranch Bowl and take care of it.

Okay this first band was Deseo. Some little punk-assed kids from Gross High School. Gross is a catholic school. Everyone that goes there is either a steriod laden jock, or a hard core prep. This band gets all of their gigs because they clean the Ranch Bowl. They sure as hell don’t get them by being talented. Any band that covers “brown Eyed Girl” and “Eye Of The Tiger” just completely blows in my book. To everyone in Deseo, you need to quit sucking dick, and give up playing. You’re completely worthless.

Next was Slipknot. YAY!!! We went in and got a good place. The crowd wasn’t as big as we were hoping, but it was okay. We stood around and then the psychotic circus music started. I was watching the entrance, and saw them all go outside. So I turned around and watch the entrance to volley-ball courts, sure enough there they were. They entered through the crowd and took the stage. The show was so bad ass.

Everyone put a lot into it. It was just crazy. Sid was going nuts running around. Brandon was jumping into the audience. Shawn kept coming out and scaring the little Gross High punks. Everything was awesome. The only real gripe about the show was that Roger, the sound guy for the Ranch Bowl screwed up on the P.A. a few times. That’s rare considering how good Roger is.

It was great seeing all the fun they were having. Shawn was always out in the audience walking up to people and just jacking their hats right off their heads. Only one of them had the balls to take theirs back from him. Then there was when Shawn and Sid came out to the middle of the floor carrying a bass drum. Shawn completely smashed the thing to pieces. It was so fucking awesome.

Now on to Brandon. This was something I was kinda worried about. When I found out that Greg was no longer in the band, I was scared of who would replace him. I didn’t know that it was Brandon until after the show. I was scared that greg’s mask was gonna be passed down to whoever replaced him, which would have kinda tainted the mask in my mind. But Brandon’s mask was just too crazy to hate. Brandon has a lot of energy on stage, which is good. If he’s not playing, he’s most likely out in the audience. I thought that Brandon was good. The fact that he was constantly in the crowd helped build more energy in the room. All in all, Brandon, you got a good grade from me. And Fuck what Colin says, you don’t need to be leashed. Go crazy, it helps the people who have never seen you guys before get moving.

Their set ended and we went outside and talked to the guys for a bit and said bye. None of us can wait for the album to be released in Feb. Oh yeah, Clever and Franklin Park also played, but they suck.