Gregory ‘Greg’ Welts, a friend of the band who worked as a tattooist at Dave “Davo” Wilkins’ shop, The Axiom. Welts had previously been in a punk band with Paul,Joey and Davo called The Havenots, and his work adorned the bodies of many of Slipknot’s friends and acquantances – Colsefni in particular had felt the Welts needle on more than one occasion. Greg had tattooed four large panels onto Anders’ back, the beginnings of a comic strip showing the change of a man into a wolf (Rage themes). More significantly, it was Greg who inked the Slipknot logo, a bendy S, on Colsefni’s leg. Anders says now that it was just a quirky dollar sign until it became the Slipknot symbol. The band had also included a photo of Welts on the inside tray of the MFKR cd case, thanking him in the credits list along with Wilkins. 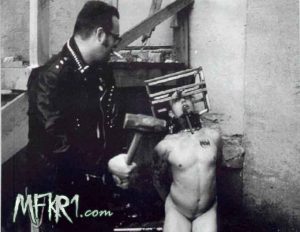 Greg – who chose to wear a babyface mask on stage, and was duly given the nickname Cuddles – joined the band in September of 1997. His presence was immediately felt: a driven, almost insane character, he made a point of destroying as much of the set as possible during the shows, and would even dismantle his drum kit and throw it into the crowd. Occasionally his maddened personality led to him being called Giggles by the rest of the band.

On July 6th 1998, just days before the signing to Roadrunner Records was due to take place, Cuddles was asked to leave the band. It’s not clear why he was fired, but is rumored to be due to his lack of dedication to the position and the lack of contributing beyond the parts Anders had written. He played his last show during the summer of ’98 shortly before the signing to Roadrunner Records. Following his movement away from the band and the firing from Axiom piercing studio(owned by Dav-O), Greg left Des Moines. He went on to start a new tattoo shop in South Dakota named “The Ultimate Prick” – there are rumours that this has been shut down now. There were also rumours that he had been dating Joey’s sister and that being one of the reasons for him being sacked. This however has never been confirmed.

Greg was replaced by another ‘temporary’ percussionist called Brandon Darner who was then later replaced by Chris Fehn who still remains as #3 to this day.

Other bands Greg was a part of include:
Insects
Catch-22
Nasty Pets
The Have-Nots

Dav-O on Greg: “I met Greg one week night at 2nd Ave Foundry in the Summer of 95. One of the Owners, Eddy introduced us. We spent the night talking about the OC scene. Greg had been part of the OC scene for a number of years in the early 80s and had played with Mad Parade, Organised Crime, claimed to have played a few gigs with CH3 and had made the finial cut trying out for Agent Orange. He moved out here with his pregnant girlfriend and got caught cheating shortly after she gave birth. She throw him out and he went back to Steamboat, CO. When I was in need of a tattooist, Greg moved back out here and started drumming for us.”

Senior VP of A&R, Monte Conner about Cuddles: First time I ever saw Slipknot live was at a university or a college in Chicago in 1998. They were wearing the black boiler suits at the time and there was another guy playing percussion with Clown called ‘The Baby’ and this was a guy with a babymask, and he was fuckin awesome..totally like mental looking guy he used to like hold the gun up to his head and shit. He was totally awesome, the band could’ve very well been with the baby right now but anyway they got rid of him and brought in Chris Fehn. 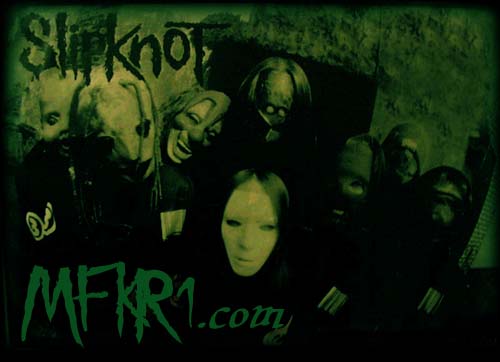 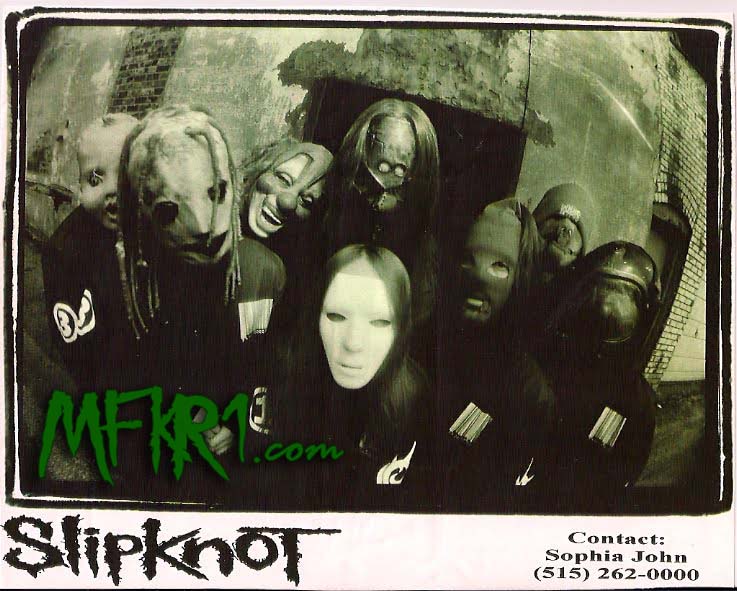 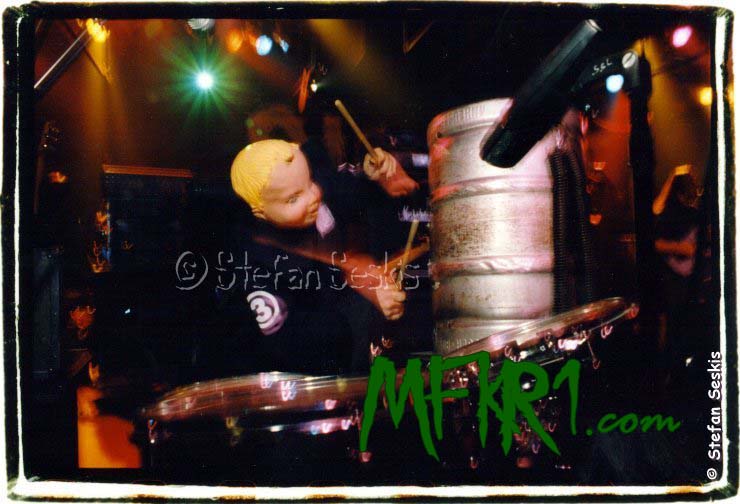 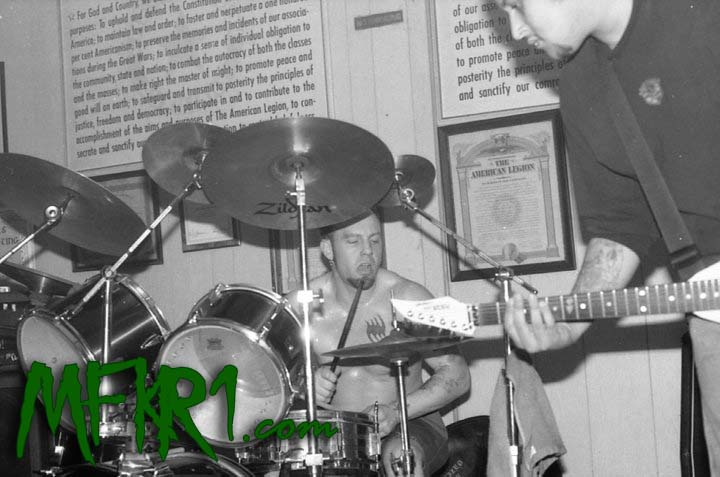 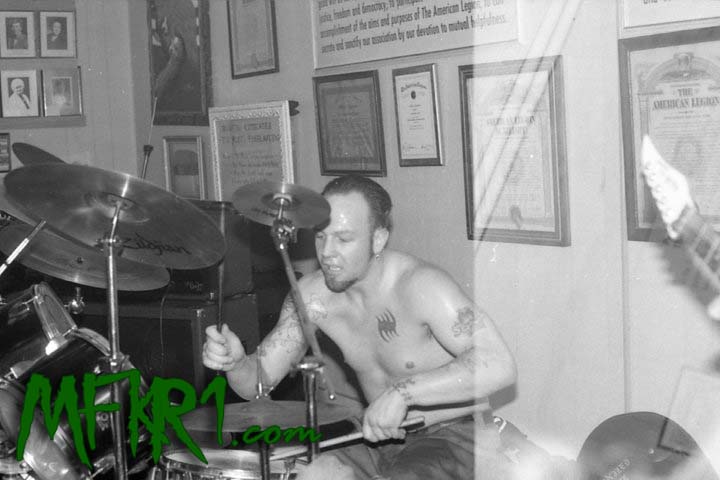 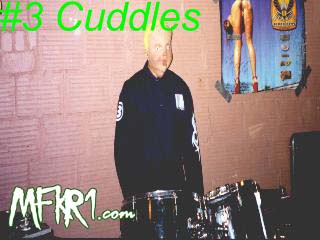 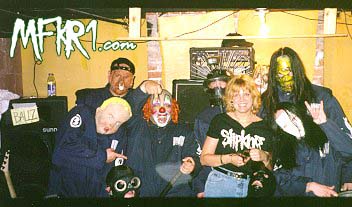 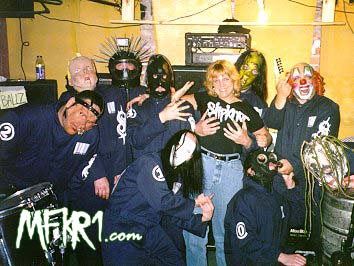 Greg at practice in 1998 (thanks to OzzyChick) 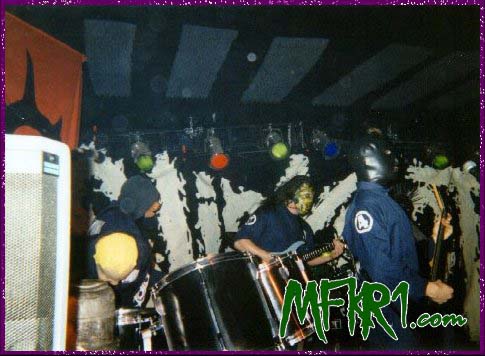 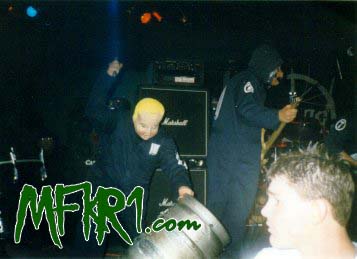 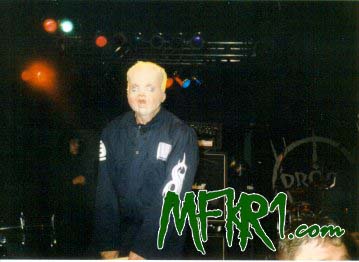 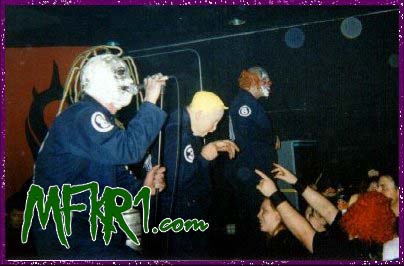 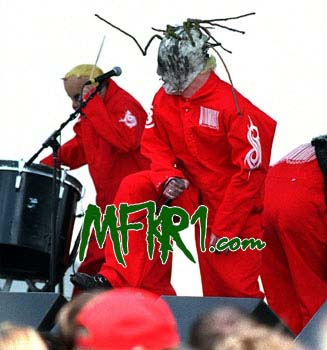