Brandon Darner was a temporary percussionist in Slipknot between July and August of 1998. The band had fired Greg ‘Cuddles’ Welts a few days prior to the Roadrunner Records signing which took place on July 8th of 1998 and while they were looking for a full replacement Brandon stepped in temporarily. He never intented to stay long and according to ex guitar player Josh Brainard, Brandon only did one live gig with the band which was the Ranchbowl show in Omaha Nebraska on August 15th 1998 (also Josh’s last live show with the band).

Mask: Brandon Darner only played one show with Slipknot in which he wore the white Liar mask which was later adopted by Chris Fehn, who has stated in interviews that the mask was “Already made for him when he joined’. So the mask was originally created for Brandon and not Chris.

There are photos from 1998 of Brandon wearing an old hobo mask during an unknown Slipknot gig, however he was only a roadie at the time and never wore this mask while in the band. Slipknot had roadies in 1998 who wore identical jumpsuits as the band and displaying the letters A (upside down) and B on the sleeves instead of numbers. 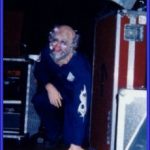 Bands: Brandon was in To My Surprise with Shawn Crahan and they recorded their debut (and only album) which was released on Roadrunner Records in 2003. He played guitar in this band.

He currently plays guitar in the band ‘The Envy Corps’
http://www.myspace.com/theenvycorps 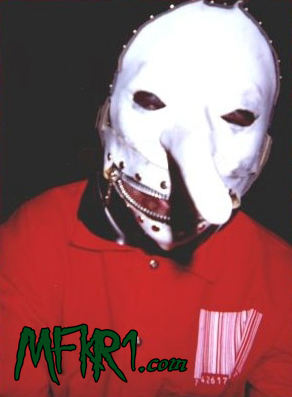 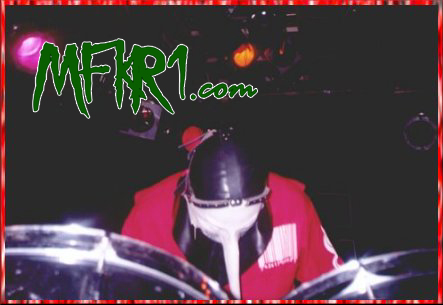 Brandon live at the Omaha Ranchbowl on August 15th 1998